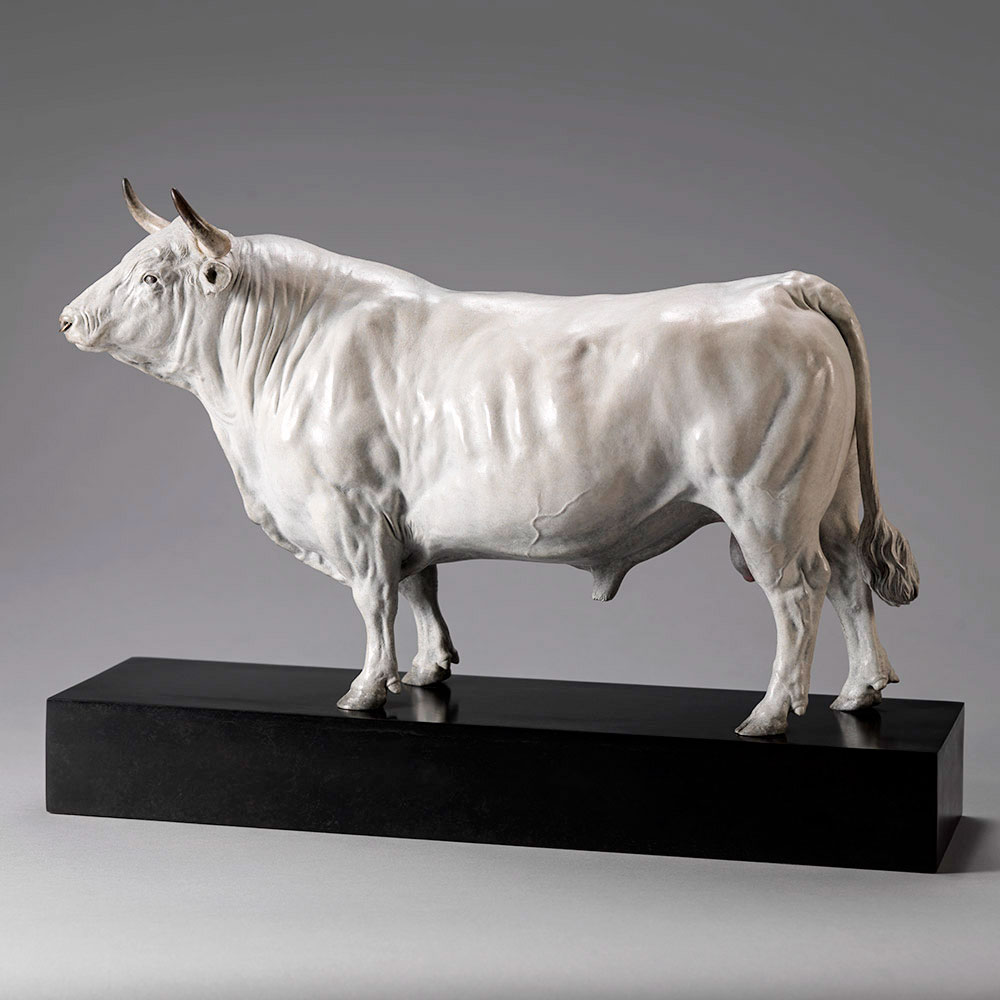 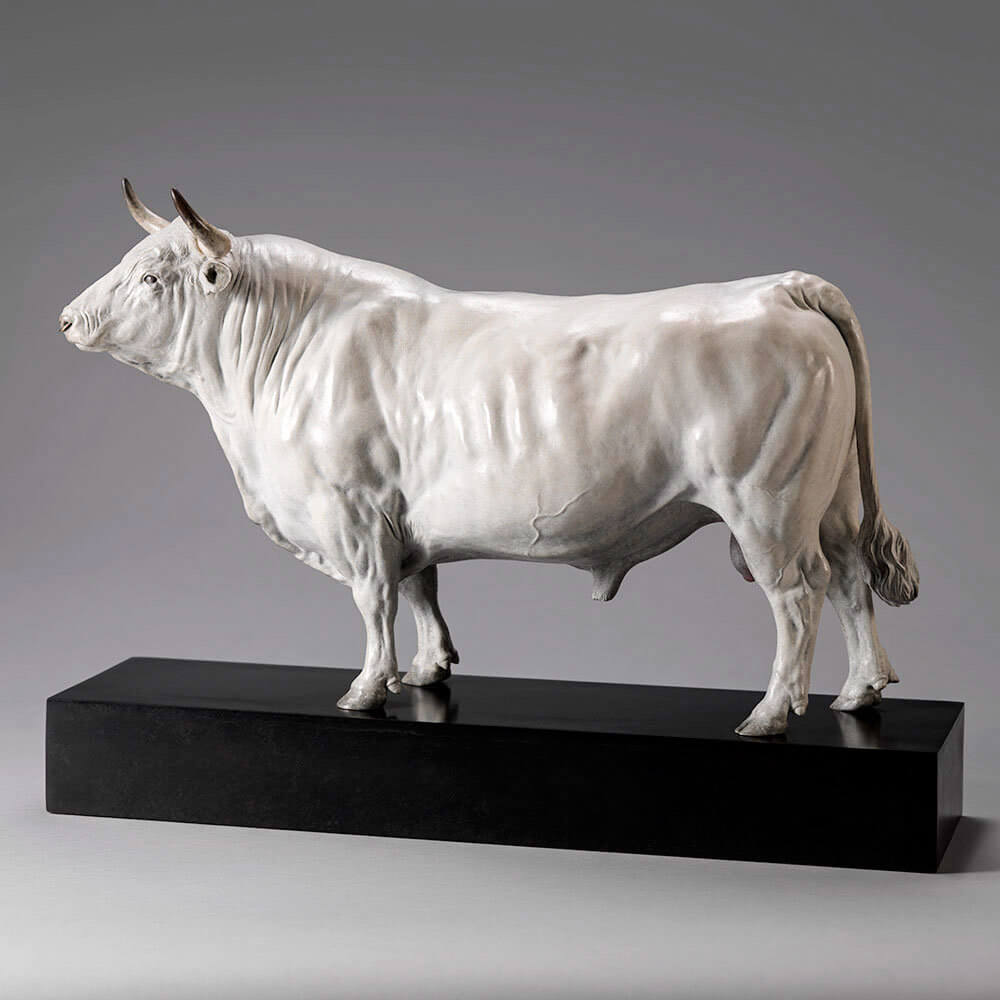 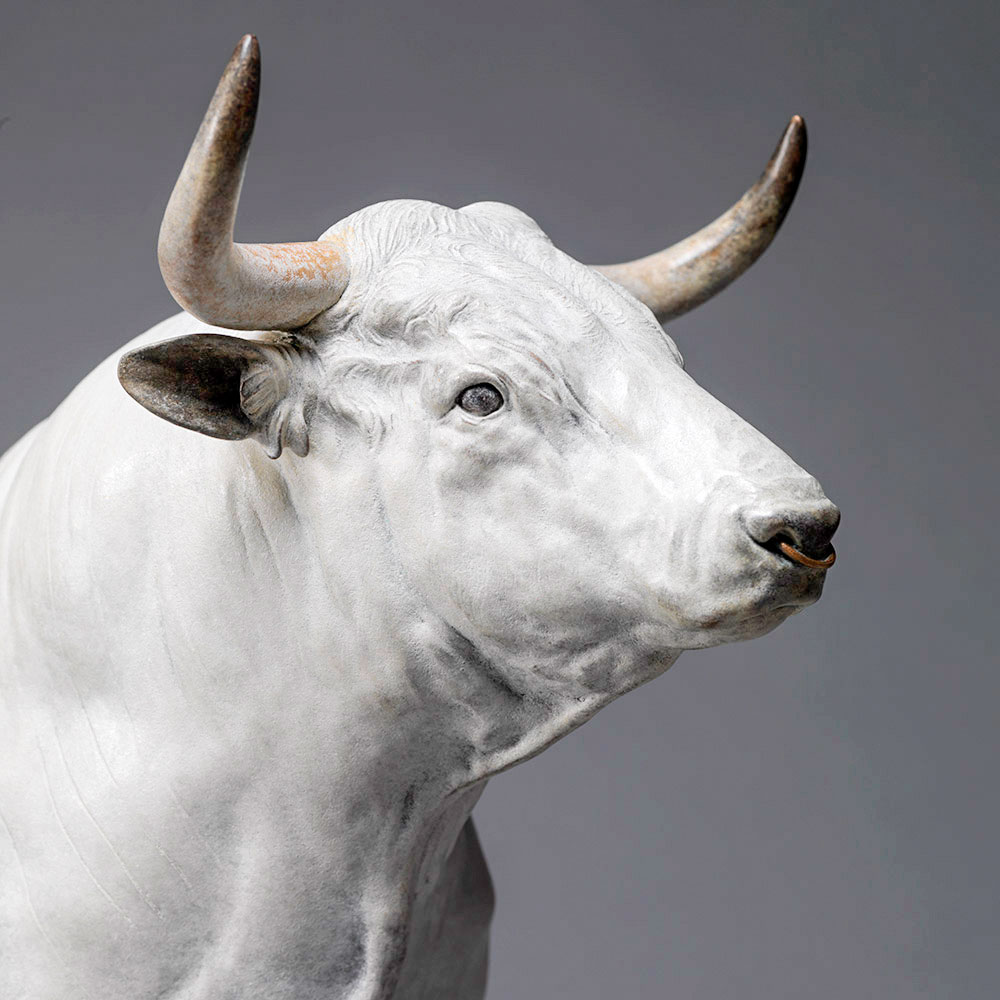 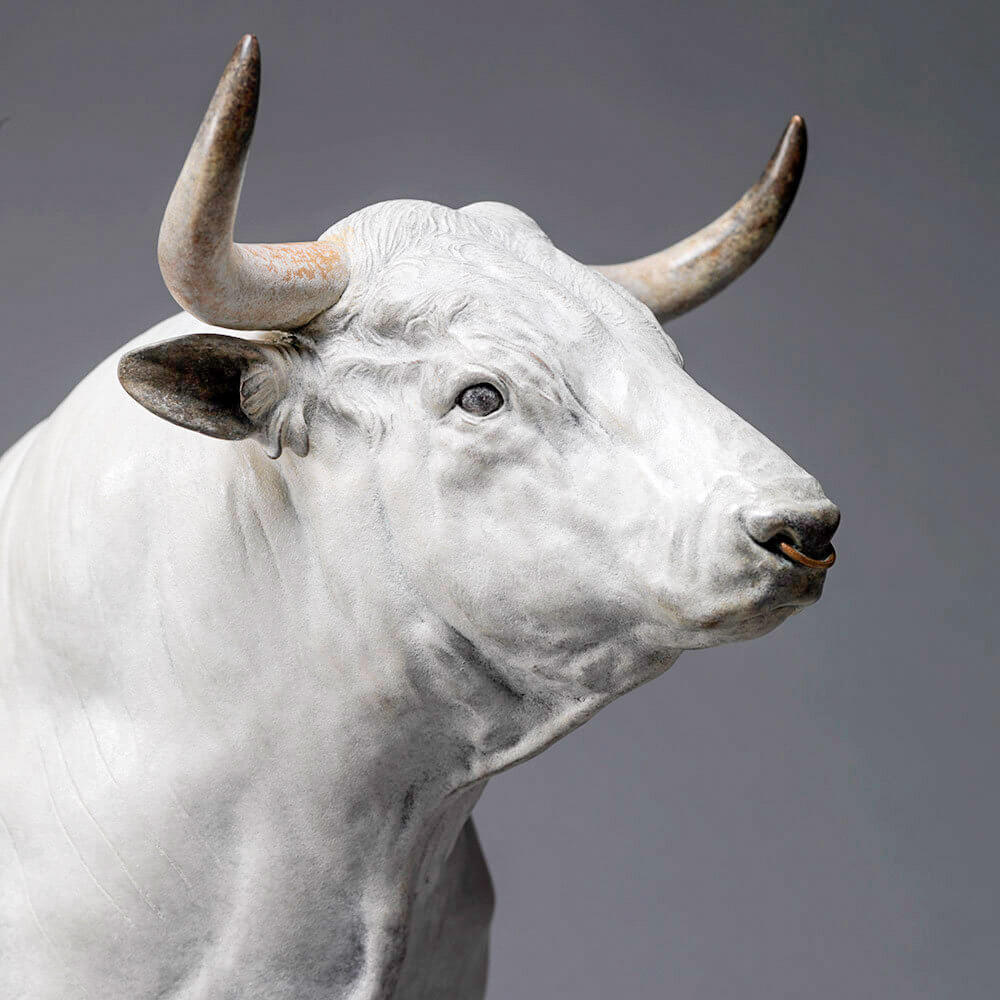 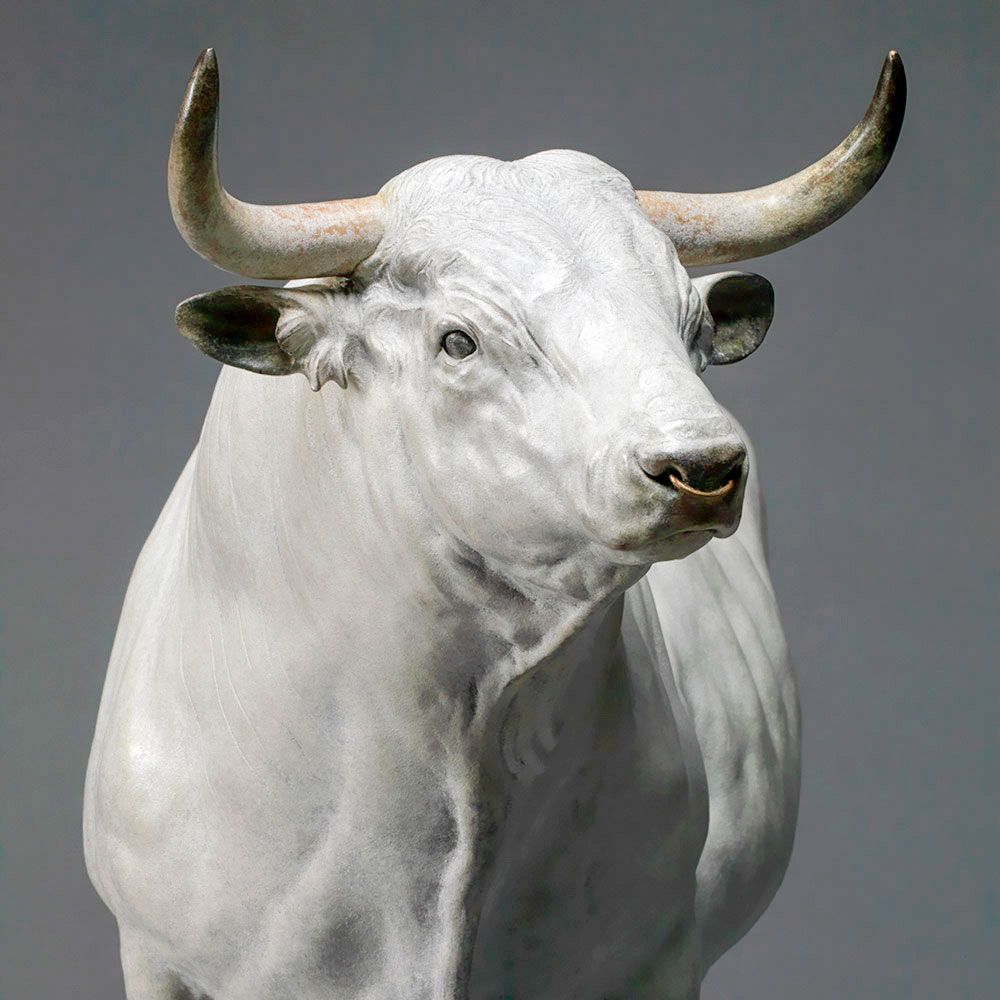 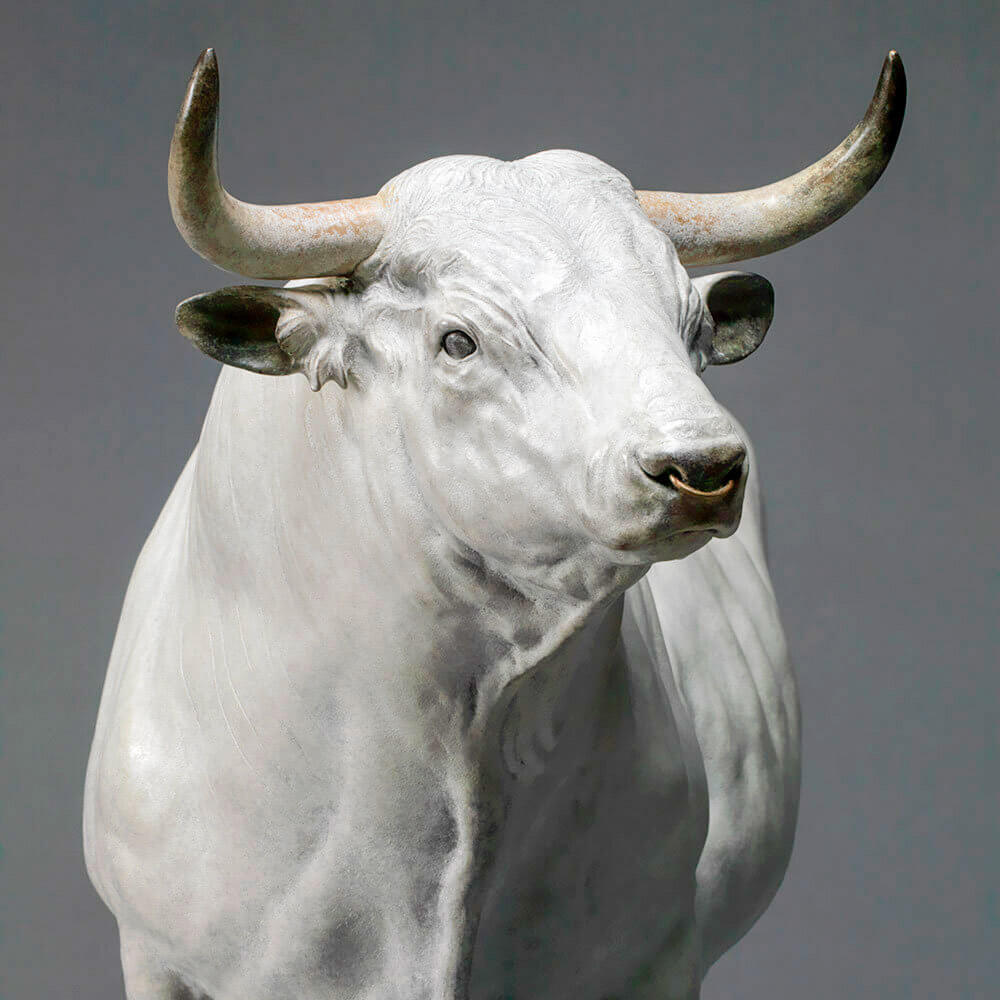 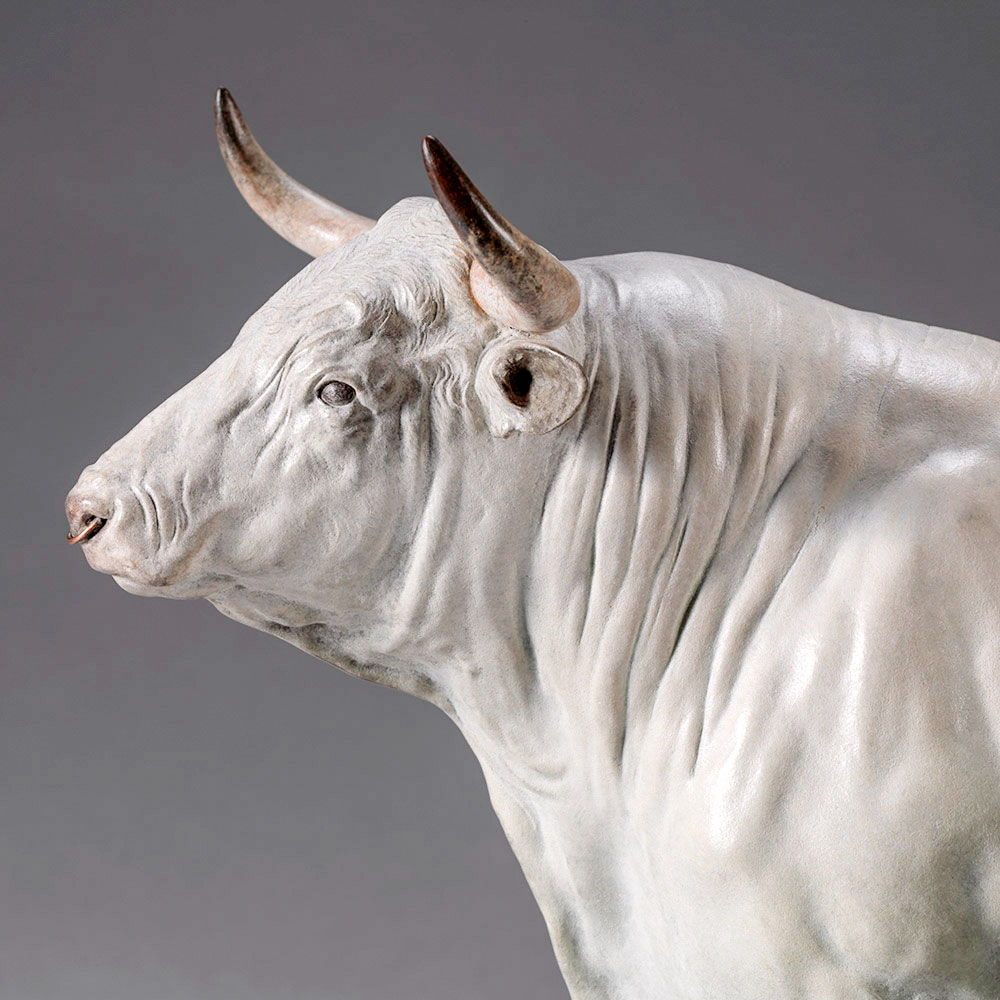 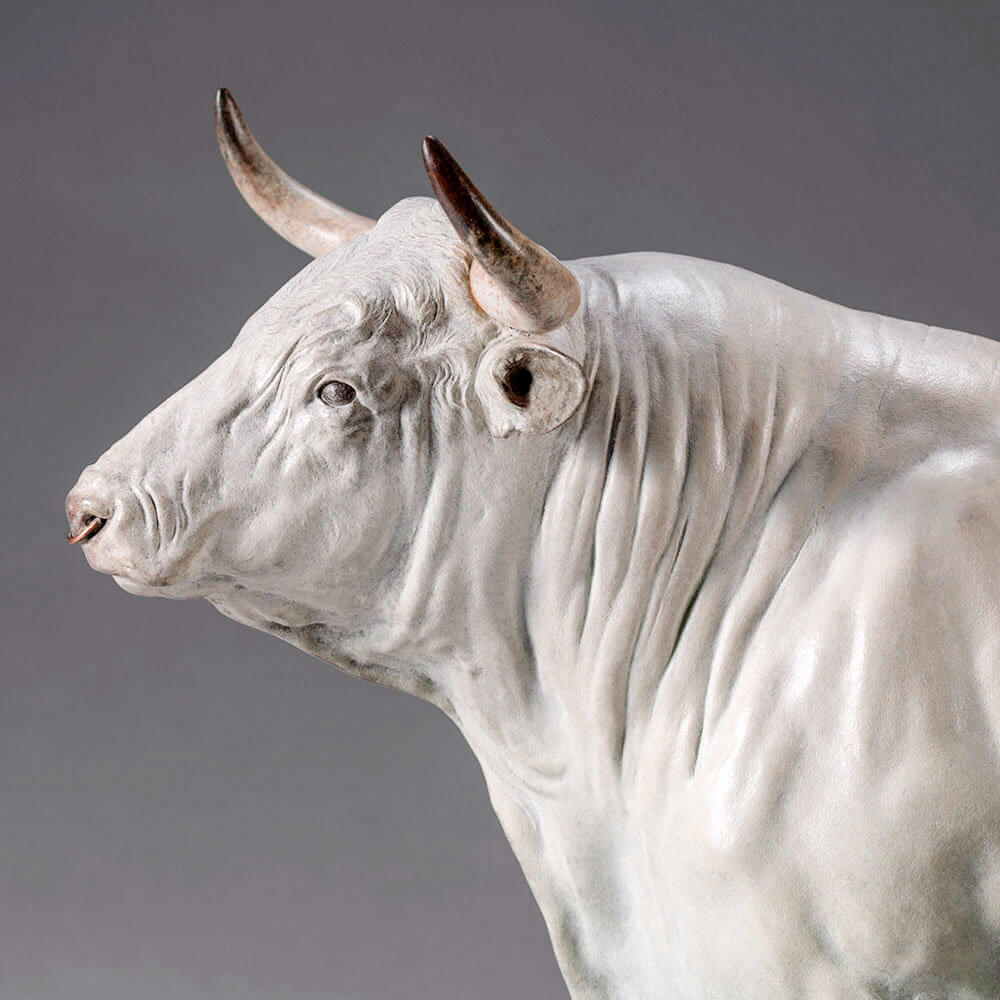 The first time I glimpsed Nik-Nak over the heads of the crowd at the Devon County Show, I knew that he was something special. He had such presence! Like a white Cretan bull, sprung straight from some ancient Minoan frieze, he towered over his competition. I started taking photographs immediately – I simply had to sculpt this bull! It took me several days to track down his owner, Mr Mark Franklin, but eventually I did and a visit was arranged. The herd manager, Andrew Hill, was extremely kind and helpful and I was able to take all my reference photographs and measurements within a couple of hours. Nik-Nak stood without complaint, though I did get slightly nervous, whilst crouching beneath his, now foaming mouth, as the six foot six inch Andrew, with a twinkle in his eye, casually  mentioned that Nik-Nak had once pinned him to a wall, puncturing his sternum!

Luckily I survived, to start the sculpture. After modelling his noble head; using soft wax, I slowly built up Nik-Nak’s impressive musculature. Concentrating on his powerful neck, chest and shoulders; then moving on to his hind quarters. Andrew had told me that Nik-Nak’s name derived from the impressive size of his, “Nik-Naks”, so I paid particular attention to their accuracy! I worked day and night to finish the sculpture.

Pangolin foundry produced a magnificent, glossy white, patina on the finished bronze, which makes this piece one of the stars of the British Champion Animals Collection.

Nick has also sculpted miniature versions of Nik-Nak; available as both a Bronze Miniature and a hallmarked Silver Miniature.