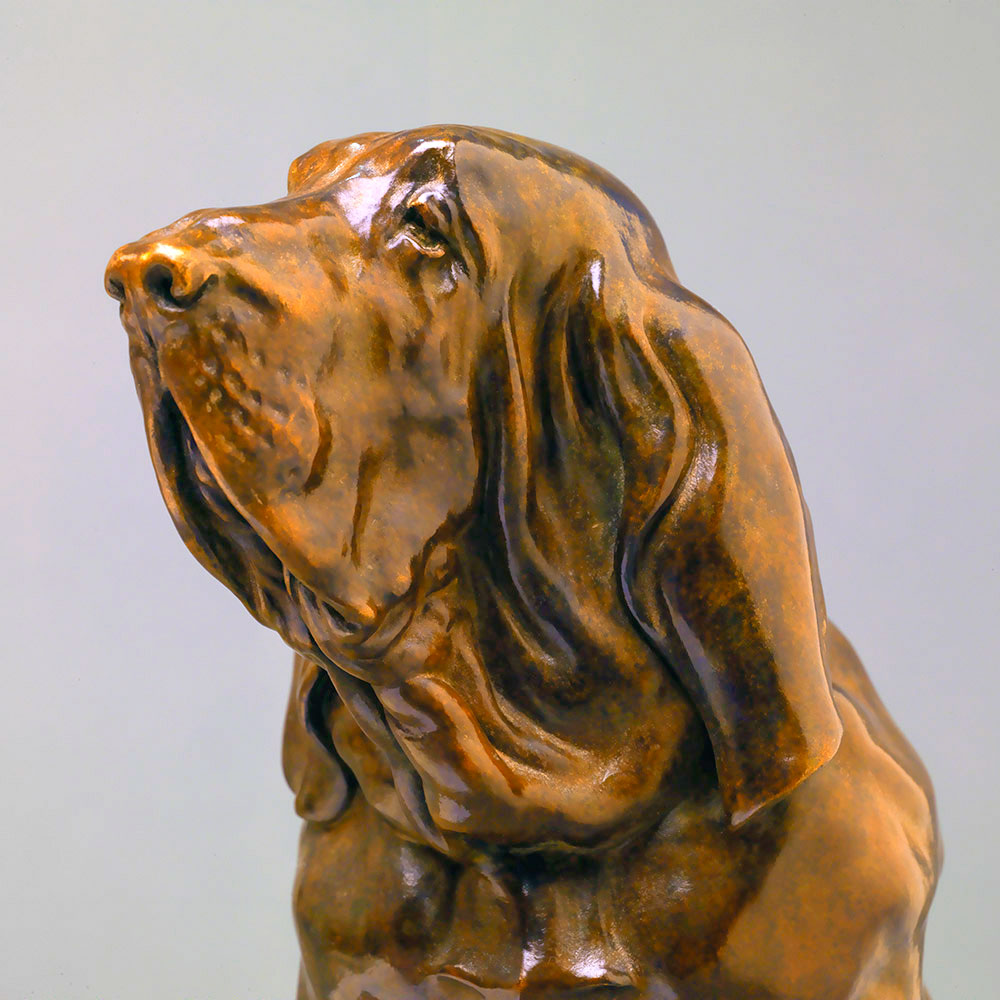 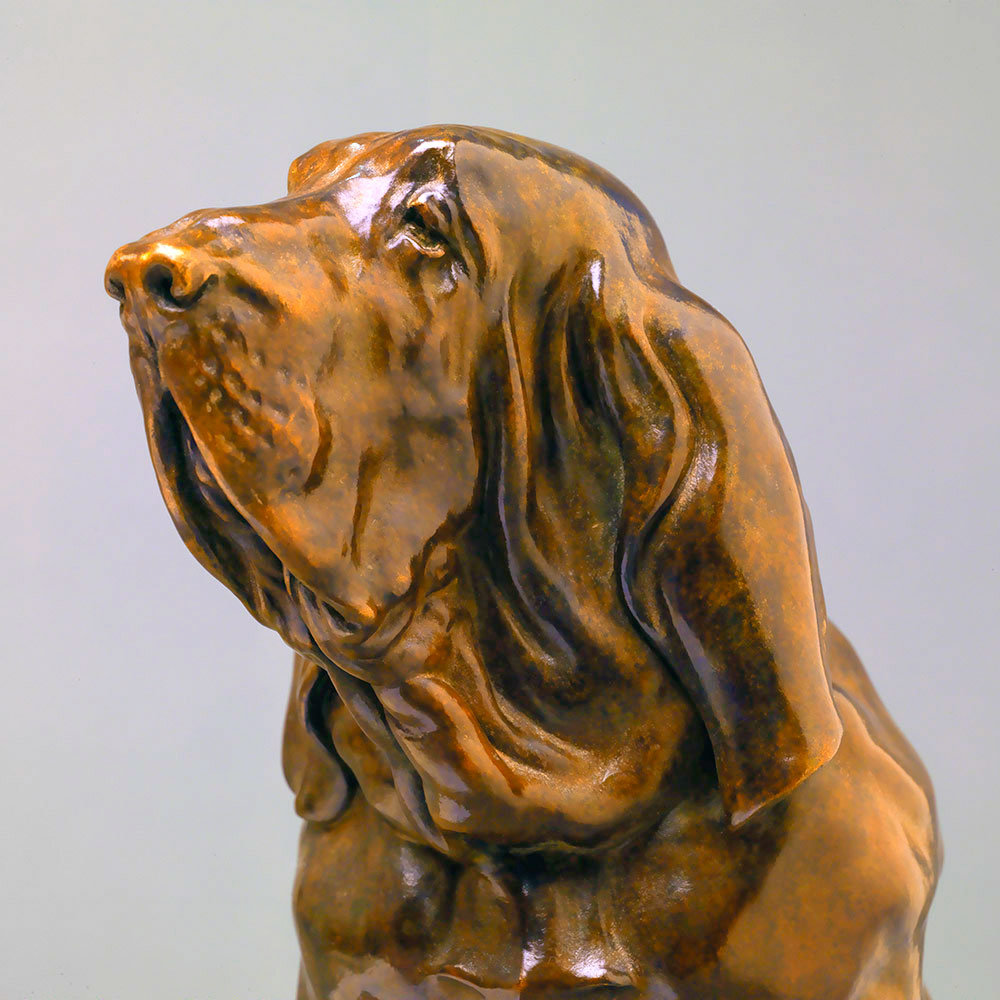 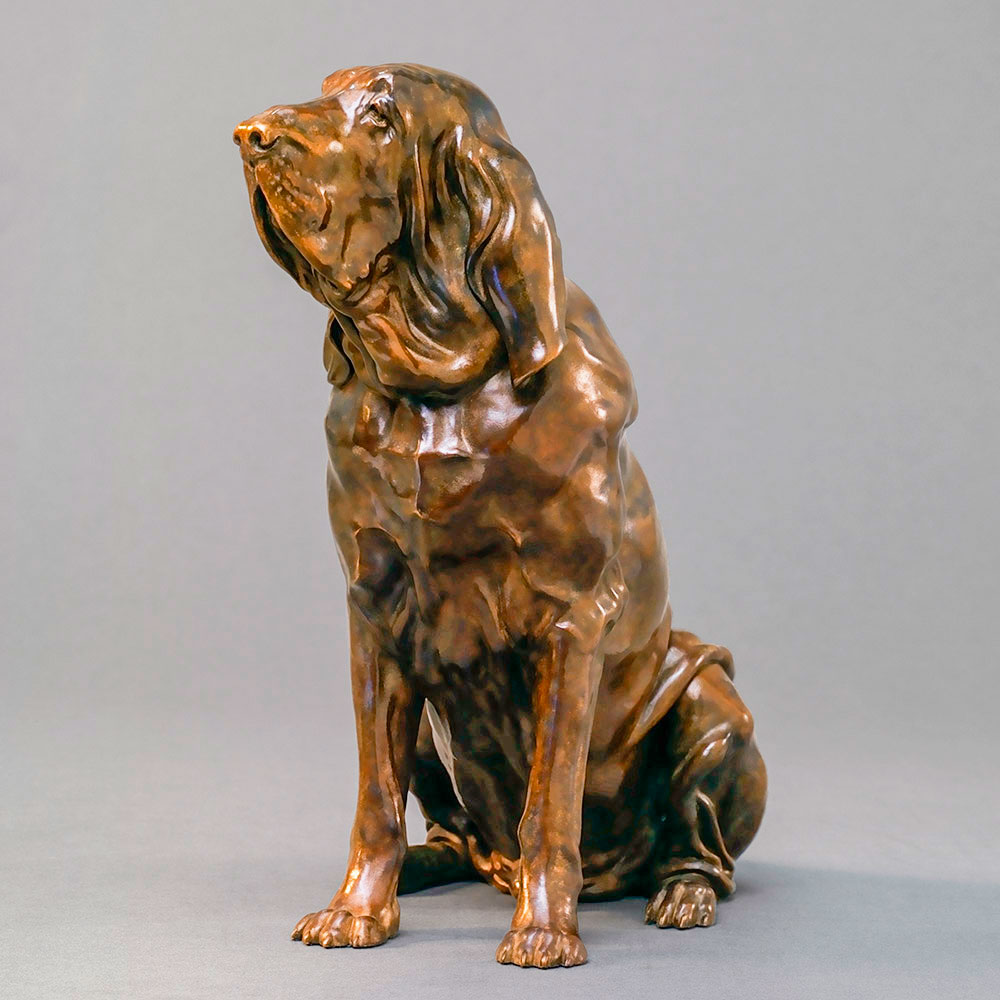 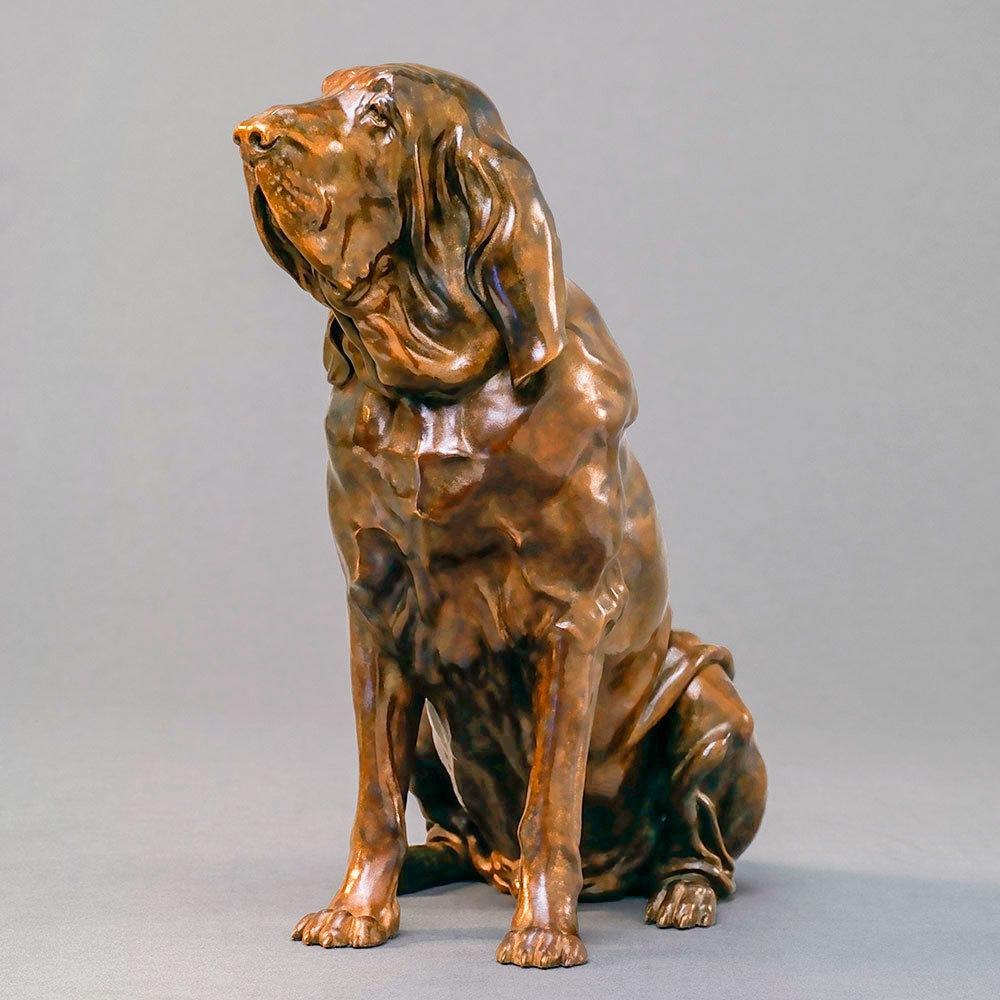 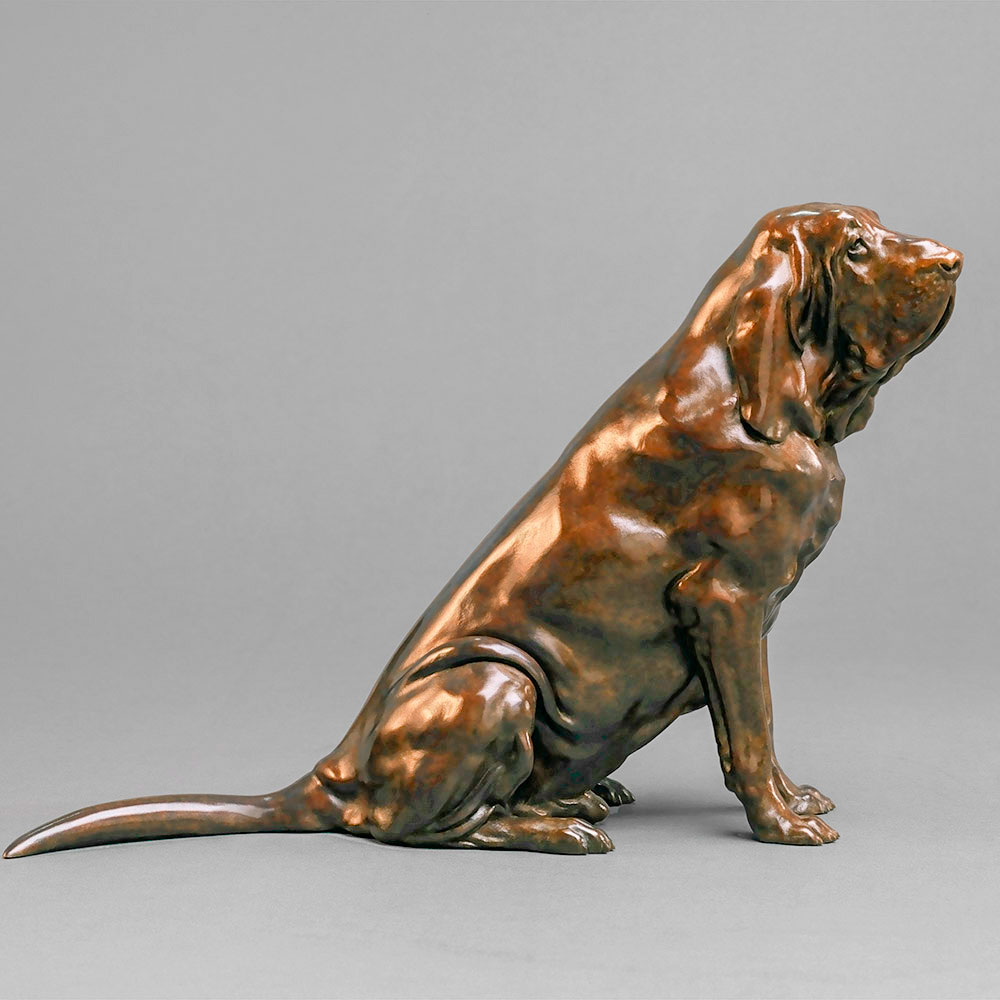 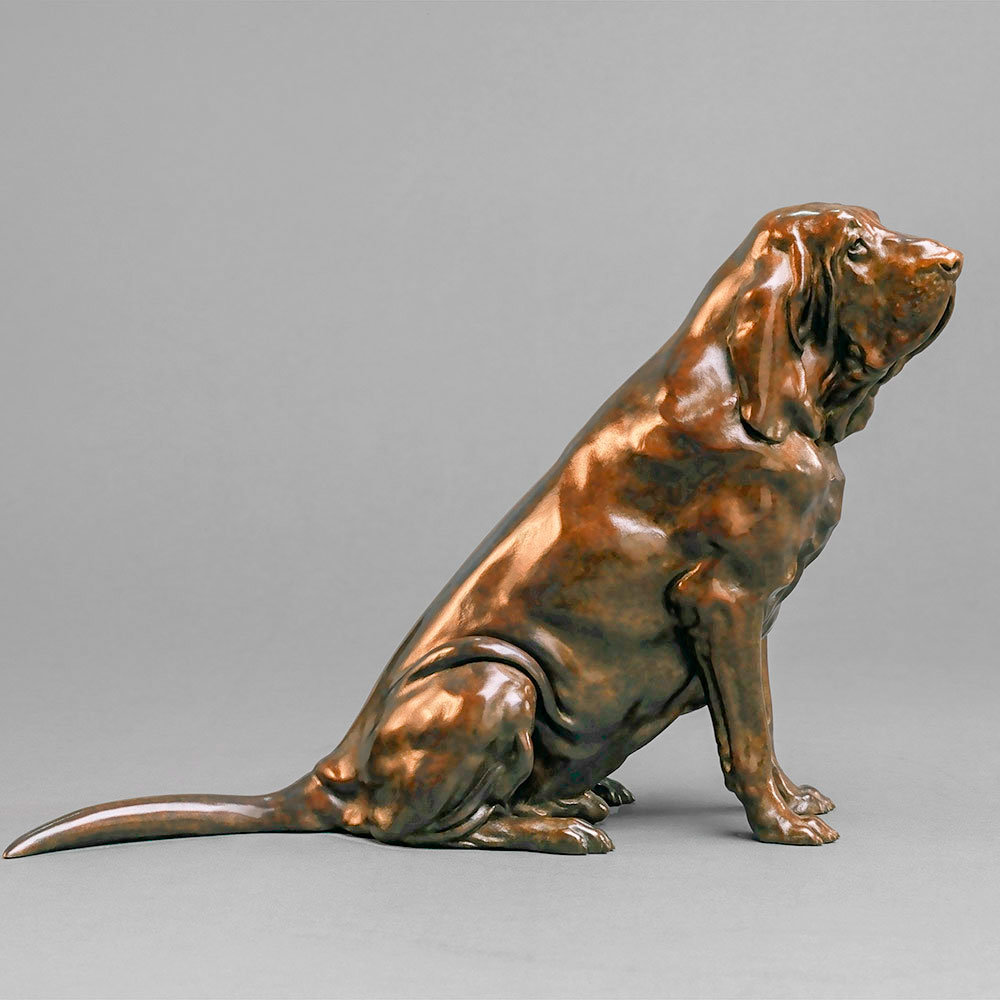 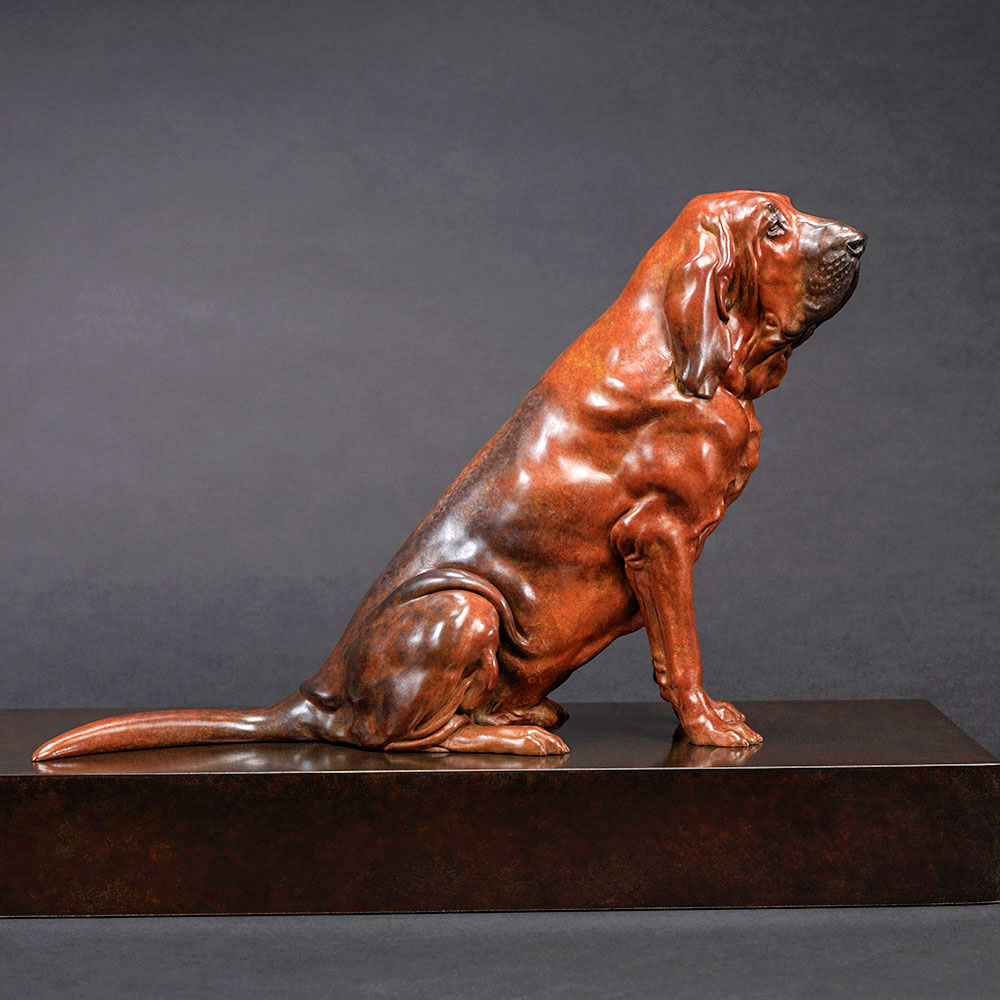 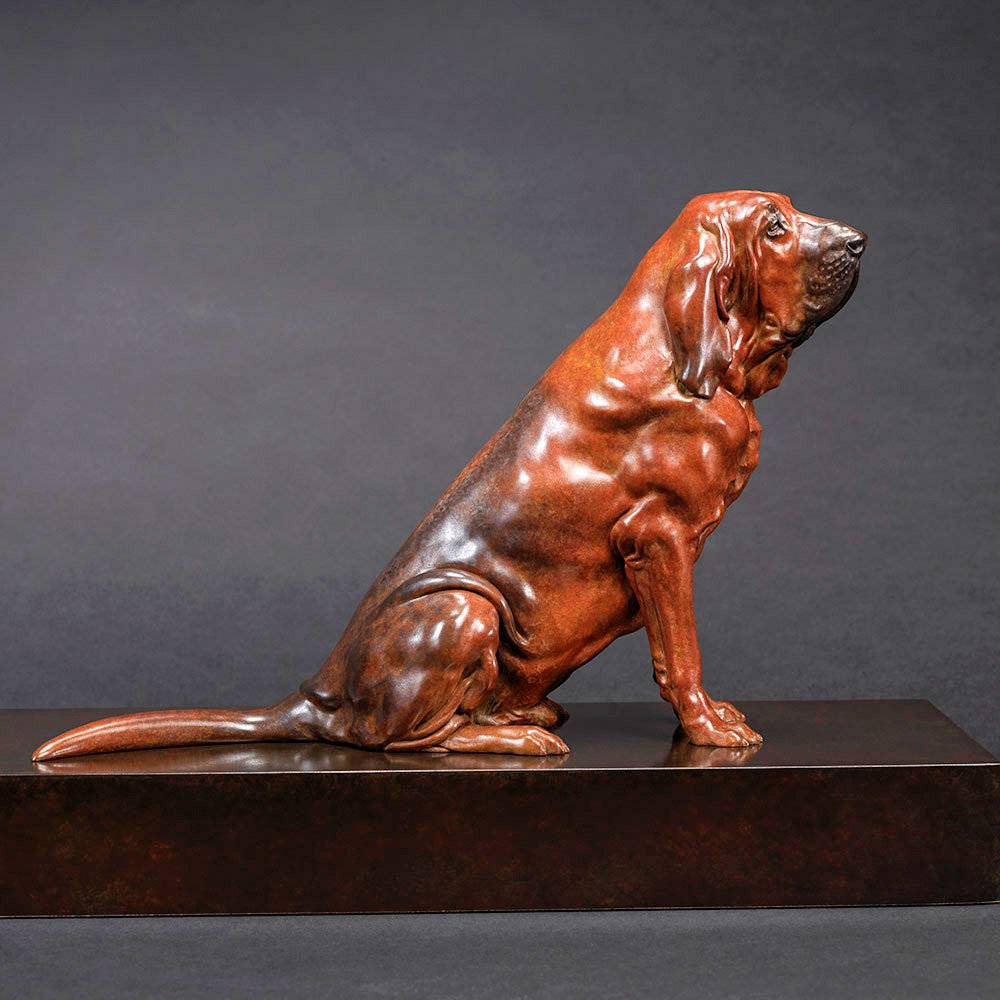 The Bloodhound is one of our oldest dog breeds, so old in fact that no one really knows its origin. It probably originated from the Mastiff type hounds of ancient Mesopotamia, which later developed into the two breeds of hound common in early medieval England. These were the Talbot which was white, and the Dunne which was tan; whilst simultaneously a breed of hound was developed in the Ardennes to hunt deer. They were largely black in colour and much prized for their scenting capabilities. Some were brought here by William the Conqueror and bred with the indigenous Talbots and Dunnes, the resulting mixture being the ancestors of the present day Bloodhound. The modern Bloodhound is a large affectionate hound, famed for its exceptional sense of smell and instantly recognisable by its distinctive, rather haughty look.

Whilst perusing a list of Crufts winners, I noticed that the Bloodhound breed champion, a dog called Trailfinder Fortitude, came from Devon. Before we moved to Devon, my wife and I stayed at a B & B overlooking Lustleigh, on the eastern fringes of Dartmoor. They bred Bloodhounds, and we awoke each morning to their beautiful bell-like calls as they greeted the day. It was a wonderful way to wake up, and I have been particularly fond of Bloodhounds ever since. So I called Fortitude’s owners, David and Helen Powell and was invited over to meet him.

I chose to sculpt Fortitude sitting, to show off his superior gaze to maximum effect. Having taken all the necessary photographs and measurements, I rushed home to start sculpting. The sculpture took longer than I had anticipated – the way Fortitude’s skin folded over his powerful frame was an endlessly fascinating and complex challenge. I think the end result is some of my best work.